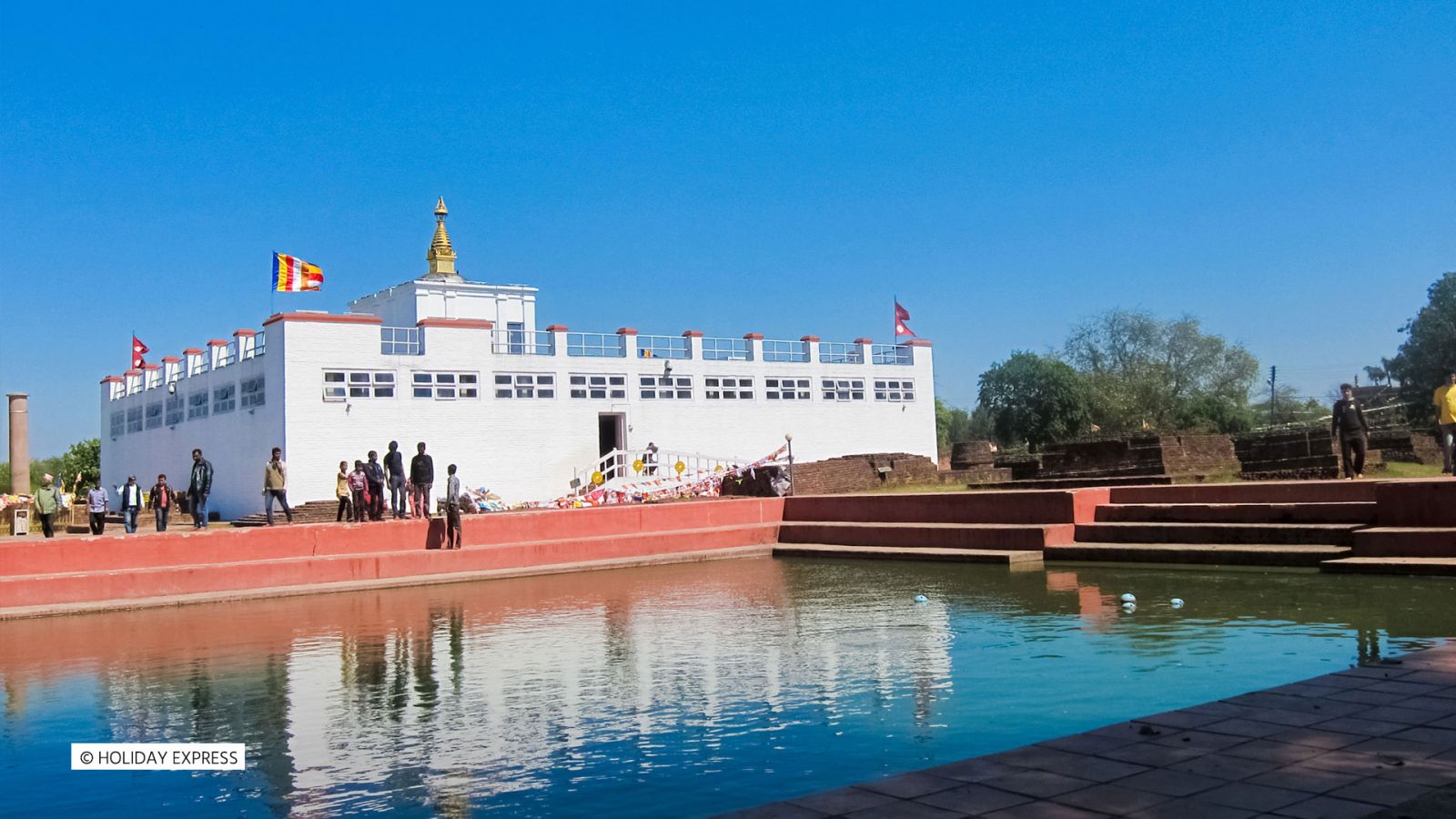 Lumbinī is a Buddhist Pilgrimage site in the Rupandehi District of Nepal. It is the place where, according to Buddhist tradition, Queen Mayadevi gave birth to Siddhartha Gautama in 563 BCE. Gautam, who achieved Enlightenment some time around 528 BCE became the Buddha and founded Buddhism. Lumbini is one of many magnets for pilgrimage that sprang up in places pivotal to the life of the Buddha. Lumbini is 4.8 km (3 mi) in length and 1.6 km (1.0 mi) in width. The holy site of Lumbini is bordered by a large monastic zone in which only monasteries can be built, no shops, hotels or restaurants. It is separated into an eastern and western monastic zone, the eastern having the Theravadin monasteries, the western having Mahayana and Vajrayana monasteries. You can visit over 25 international Buddhist monasteries, study Buddhism, meditation and visit Buddha's birthplace itself within the sacred Mayadevi Gardens.
Mayadevi Temple is one of the important sites in the Lumbini Garden with many historians and archaeologists referring to it as the place of birth of Lord Buddha. As well as the Ashoka Piller also refer the spot as his birthplace. It is said that here the newly born Prince took his first seven steps and gave a peace message to humanity.

You can visit beautiful monasteries built by different Buddhist countries like China, Japan, Sri Lanka, Myanmar, and Germany and observe the different architecture and prayer areas. Soak up the peaceful atmosphere and above all visits the Mayadevi Temple which dates back to 2,200 years, which archaeological evidence proclaim as the birthplace of Siddhartha Gautam or Lord Buddha in 623 BC. 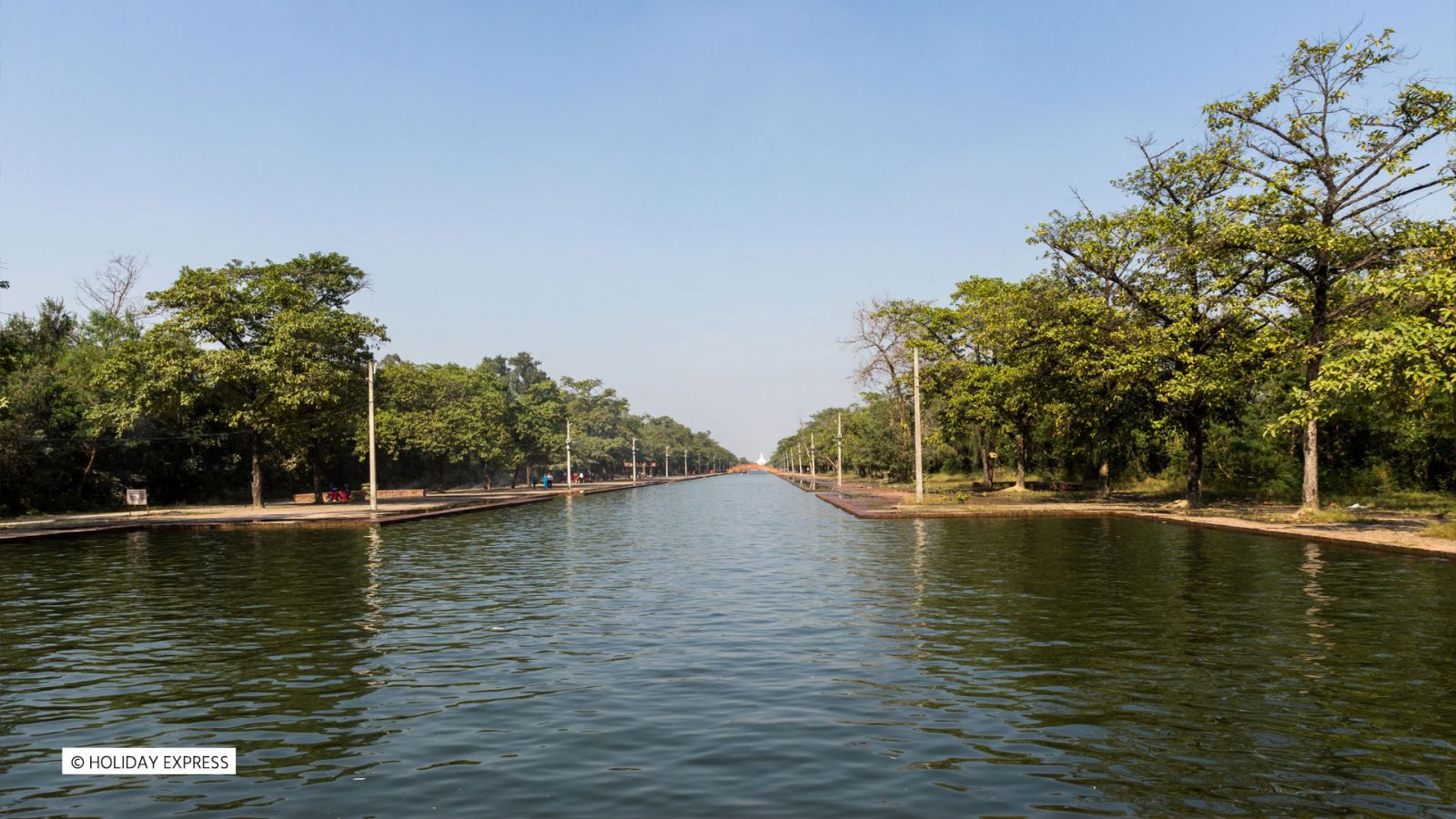 Day 1: Arrive at Kathmandu airport. Transfer to hotel to stay overnight or Drive/Fly to Lumbini on same day. OR

Day 4: Drive/Fly back to Kathmandu, back to home. 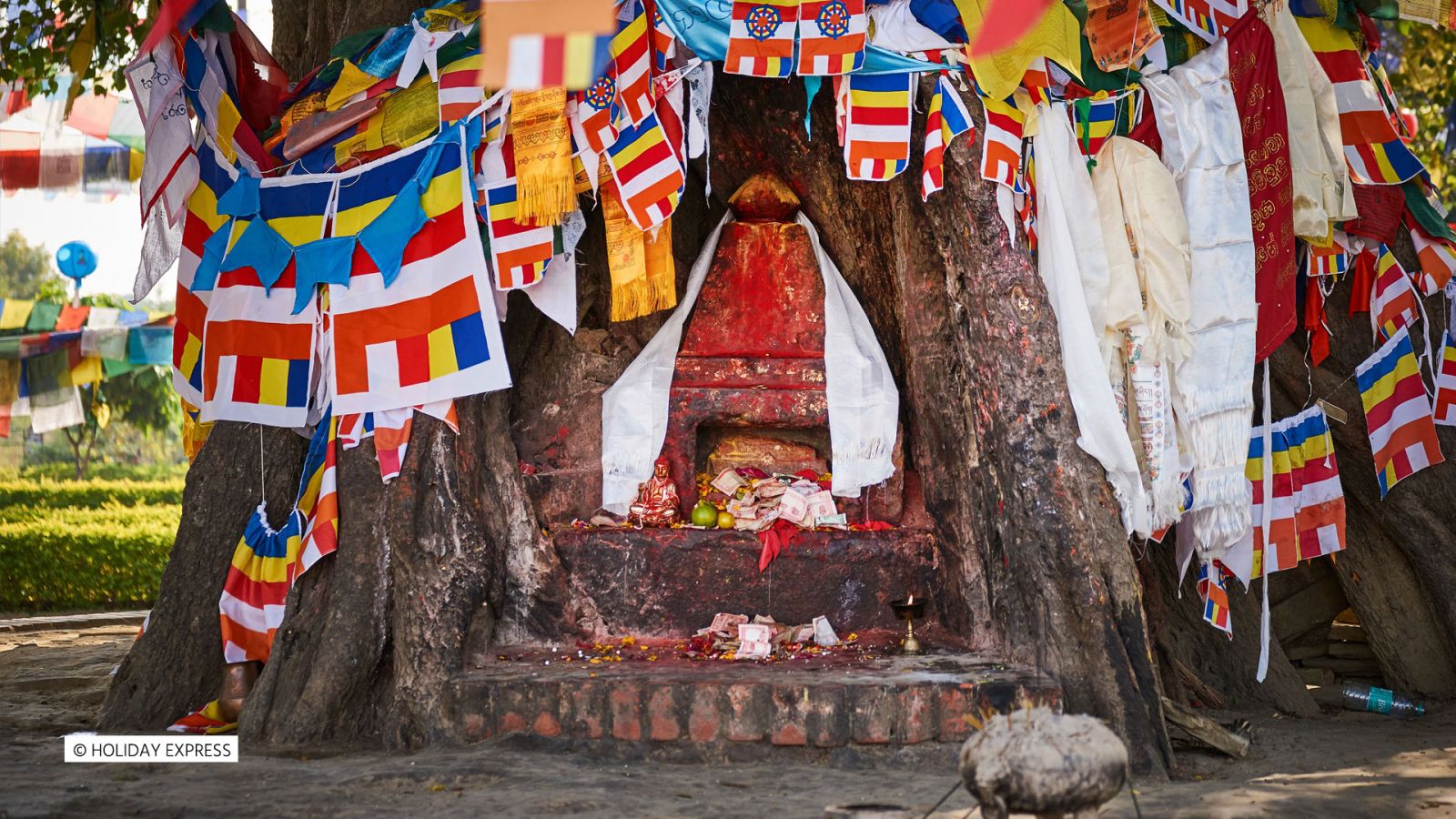