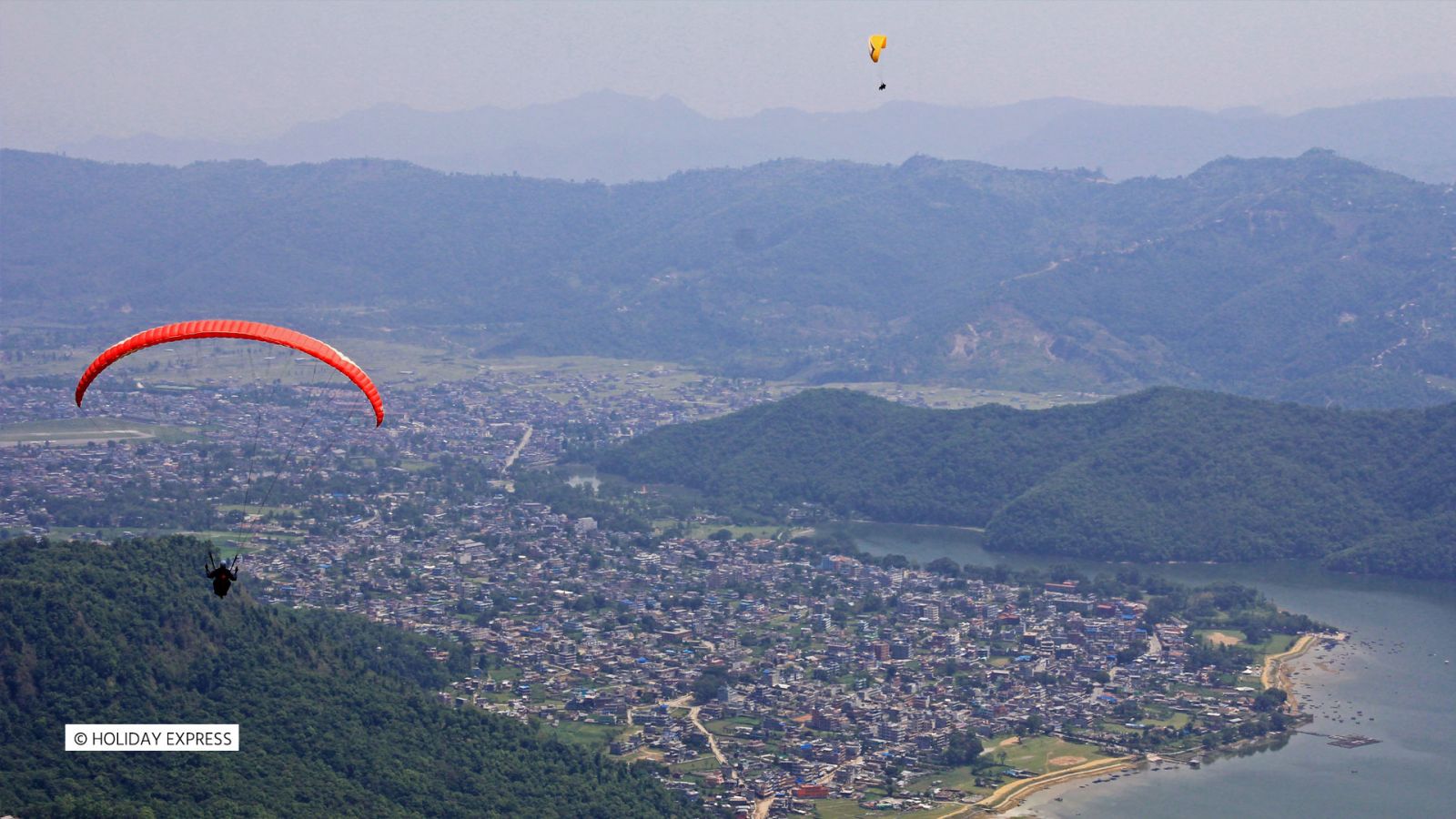 Paragliding gives you the  experience of unparalleled scenic grandeur as you share airspace with Himalayan griffin vultures, eagles, kites, while floating over villages, monasteries, temples, lakes and jungles, with a fantastic view of the majestic Himalayas.

Paragliding in Nepal can be also understood as the best paragliding Venue after Switzerland. The climate & geographic similarities between the two countries have made it sound more relevant. Encouragingly, Pokhara has been nominated as the fifth best location to Paraglide in the world. 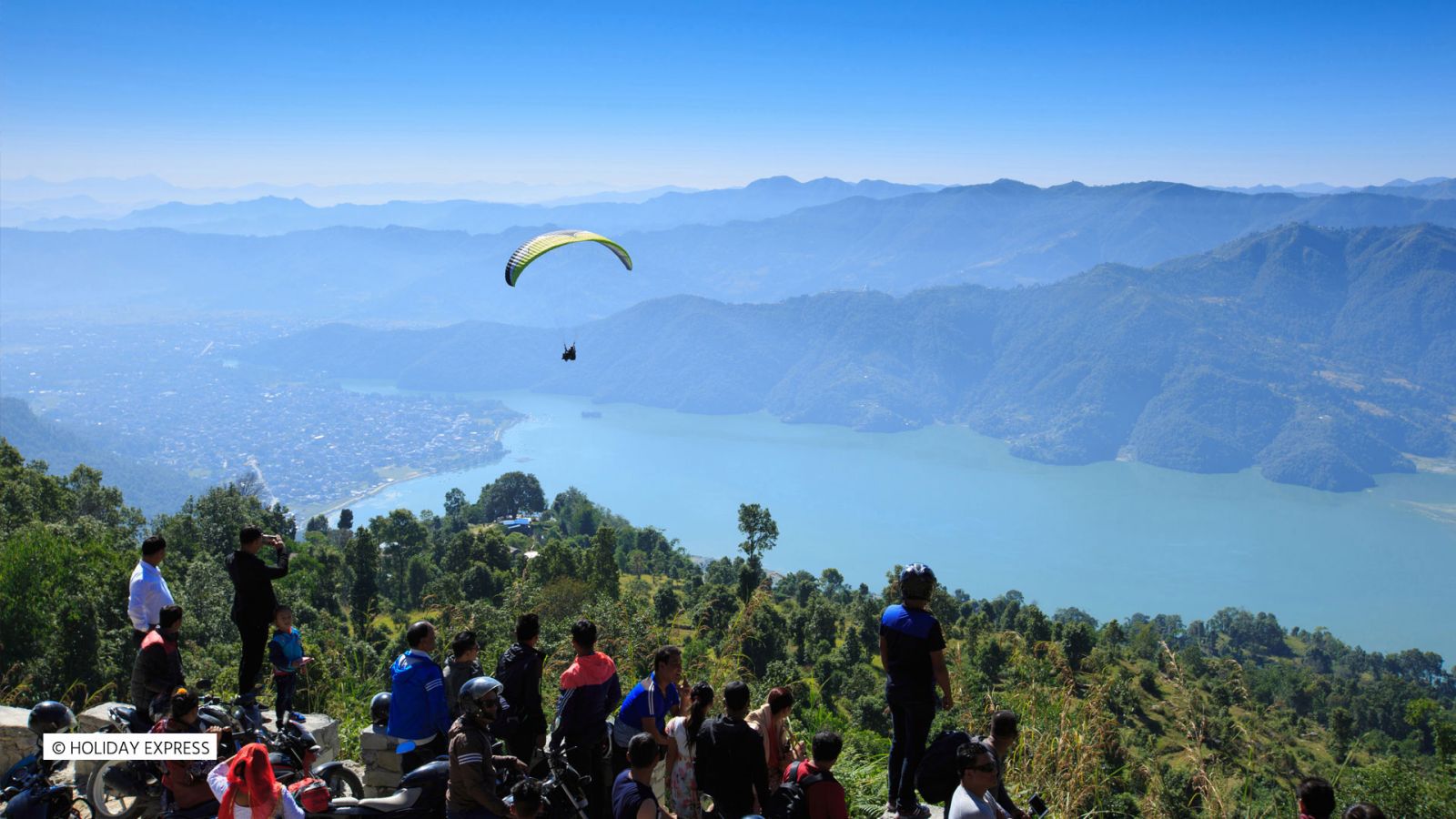 
Day 01: Pick up from the international airport and transfer to hotel

Day 02: Early in the morning drive to domestic airport for the mountain flight to view the world's highest Peak Mount Everest and hundreds of snow peaks -back to hotel and breakfast. Drive/fly to Pokhara. Lunch is provided on the way in a beautiful restaurant.
Day 03: Paragliding-tantem flight- in Pokhara

Day 06: Drop off at the international airport and fly back to selected destination